The NSW Food Authority is a NSW Government agency responsible for food safety in NSW. Johnston Design has worked with the Authority for many years, designing and producing their annual reports and brand guide lines, Sydney Easter Show exhibitions, as well as many other communications. 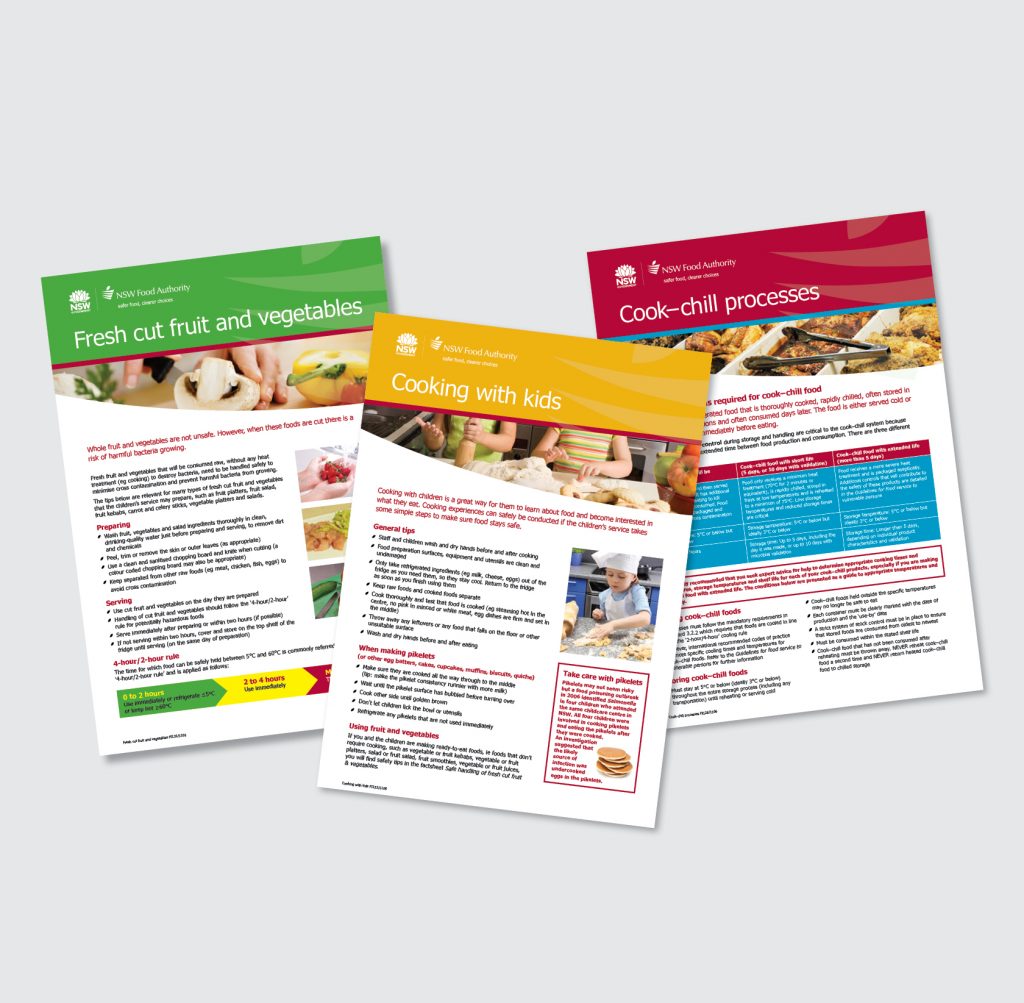 Design and produce 20 fact sheets for the Authority on all aspects of food safety for the general public. Johnston Design responsible for sourcing of all royalty free images. 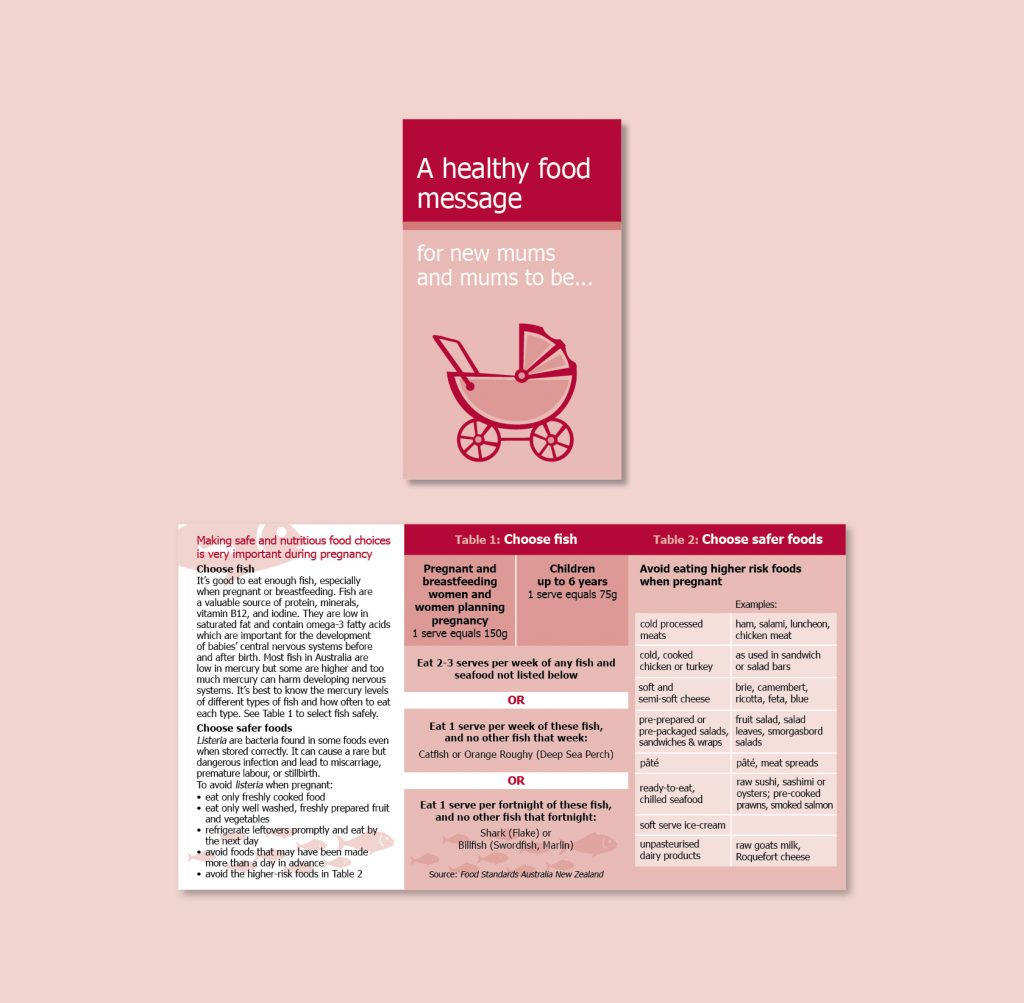 Food Safety Card for new mums and mums to be

The card was designed for the end user, new mums and mums to be, to carry around in their wallets, so the card, once folded in three, was the size a business card. It contained important information about weekly fish consumption as well as other foods that should be avoided. It was a very successful campaign for the NSW Food Authority and subsequently, they were awarded the 2008 Public Relations Institute Golden Target Award: Mercury in fish & pregnant women.